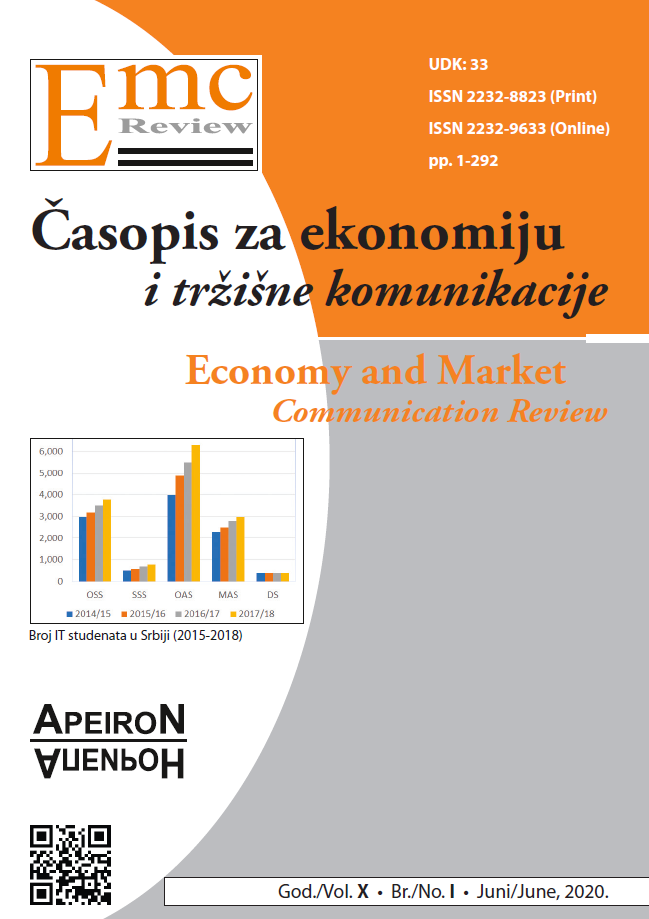 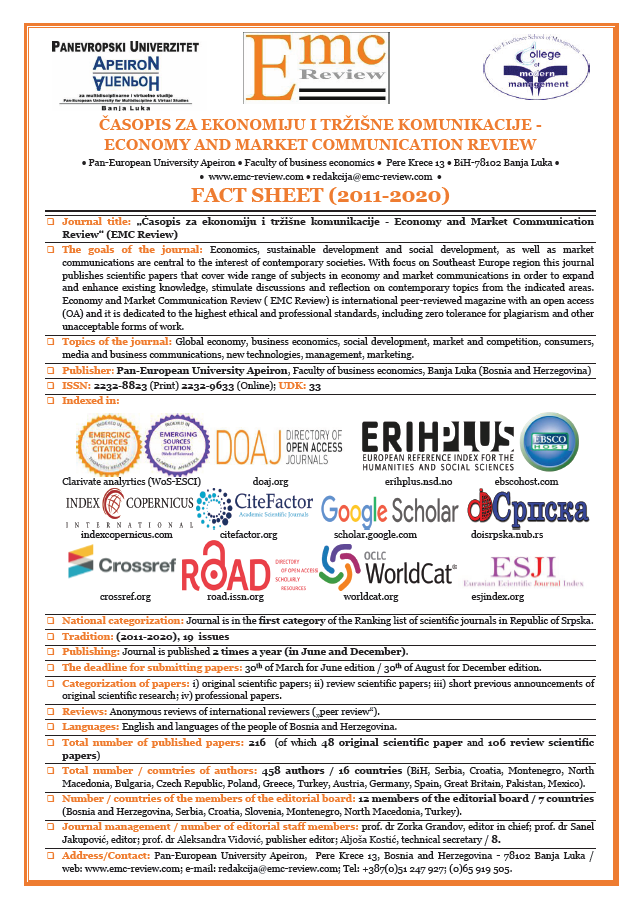 Article author:
Vladimir Čolović
Full article:
BANKS AS INSURANCE AGENTS (BANKINSURANCE)
Doi:
https://doi.org/10.7251/EMC2001136C
Year the article was released:
2020
Edition in this Year:
1
Article abstract:
BANKS AS INSURANCE AGENTS (BANKINSURANCE)
Abstract: In the case when banks appearing as insurance agents, we are talking about bankinsurance. In the last four decades, bankinsurance has emerged as a way of distribution of insurance, primarily in the field of life, but also in the field of non-life insurance. The development of bankinsurance is different from country to country, so we cannot say that, always, the financial system of a country is always correlated with the efficiency of bank insurance. In this area, it is very important to determine the relationship between the bank and the insurer, and from that will depend on which bankinsurance model will be applied. This relationship can be based on a contract of agency, then a joint venture agreement, as well as integrated approaches of the bank and the insurer in the area of bankinsurance. Bankinsurance models may be different, depending not only on the relationship between the bank and the insurer, but also on the insurance products offered to bank clients, the involvement of the insurance company’s experts in bankinsurance, as well as the needs of the bank’ s clients or the insured themselves. The paper outlines the factors that contribute to the development and efficiency of bank insurance. They are as follows: - facilitating a liberal regulatory regime that will help clearly define the relationship between banks and insurance companies; - the possibility for insurers to have access to a database of bank clients; - contractual regulation of the possibility of commissions from insurance selling banks, which is their additional source of income; - positive fiscal treatment of long-term savings products; - making insurance products standardized and simpler; - alternative insurance distribution channels must not adversely affect bank insurance; and - clearly defi ning of the operational integration of banks and insurers. The author proposes three models of bankinsurance that could be applied on the territories of countries in the region. These models are: - a model of defi ning bankinsurance through a bank and insurer contract, which would include intermediation and agency in insurance; - a model of corporate agency, in which a bank acts as an agent when selling insurance products; and - model of integrated approach to the bankinsurance market, which involves the participation of only those banks with more solid credit rating and better infrastructure. Also, the paper focuses on the general issues of bankinsurance, and to the regulation of this area in the legislation of the Republic of Serbia.
Key words: bank, insurer, bankinsurance, agency, life insurance, non-life insurance.